Counterpoint was set up in 2003 by Dr Sarah Walton to advise and support organisations to become digital. Digital requires cultural change. She loves helping organisations innovate and grow.

She works on the cutting edge of digital with cognitive computing, AI, VR and digital identity as well as running programmes to kick off new stuff. She’s also an agile coach and has mentored start up entrepreneurs and civil servants.

Sarah set up a dot com in 1994 with digital text guru Frode Hegland. They went to Silicon Valley and learnt a lot about digital. Doug Engelbart (co-inventor of the internet) was on their management team and Ted Nelson (inventor of hypertext) was a strong supporter of their first company.

Sarah continues to speak at industry & academic events and Counterpoint is a member of the Open Identity Exchange.

In May 2019, Sarah moderated a pivotalDigital Identity Event run by TechUK/Open Identity Exchange in London, drawing together Leaders of Industry and Government to find a way forward to take the next step in making digitally enhanced services safe and accessible for all. 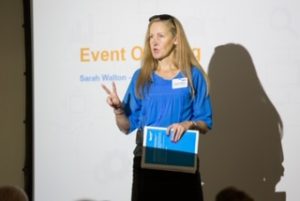 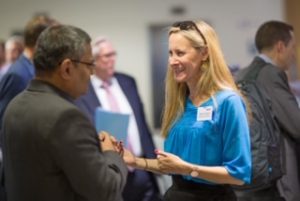 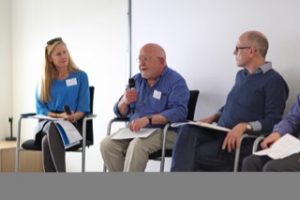 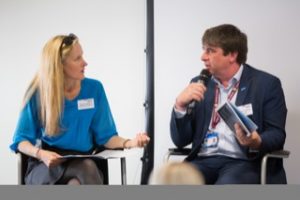 In 2018 Sarah spoke as an independent consultant about Digital Identity at the following events (she also represented client brands at a number of other digital conferences). 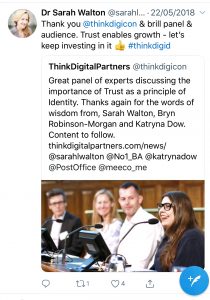 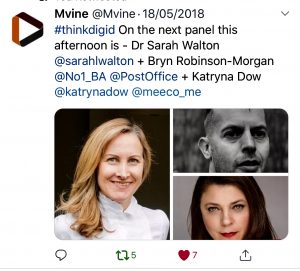 Sarah supports Women in Identity and spoke about identity and writing at The Post Office Headquarters in London in 2018: https://womeninidentity.org 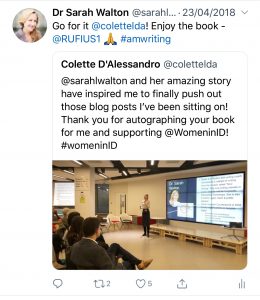 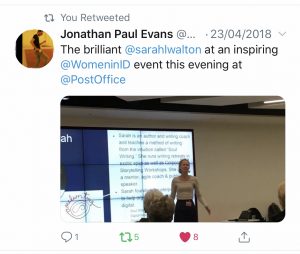 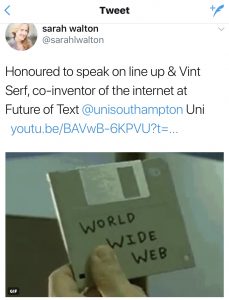 She also runs innovation retreats called “Innovate in the Jungle” for teams to get away from the office and think out of the box. They are usually run in Asia but can be run anywhere.